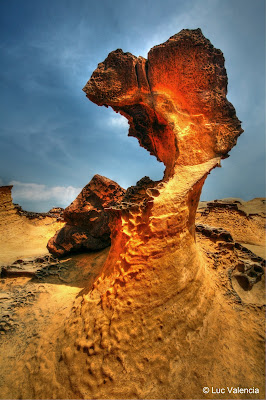 Yehliu is a cape on the north coast of Taiwan in the town of Wanli between Taipei and Keelung. 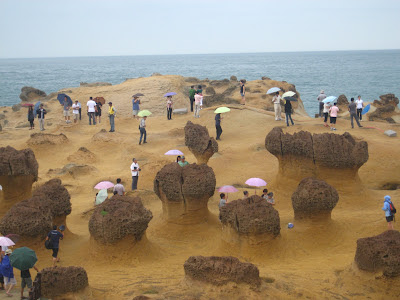 The cape, known by geologists as the Yehliu Promontory, forms part of the Taliao Miocene Formation. It stretches approximately 1,700 meters into the ocean and was formed as geological forces pushed Datun Mountain out of the sea. 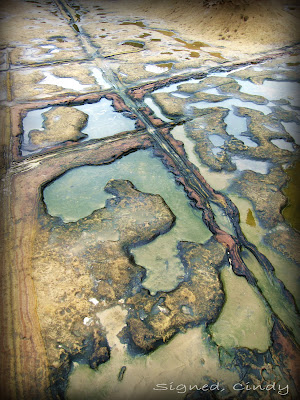 A distinctive feature of the cape is the hoodoo stones (A hoodoo (also called a tent rock, fairy chimney, and earth pyramid) is a tall, thin spire of rock that protrudes from the bottom of an arid drainage basin or badland. Hoodoos consist of relatively soft rock topped by harder, less easily eroded stone that protects each column from the elements. 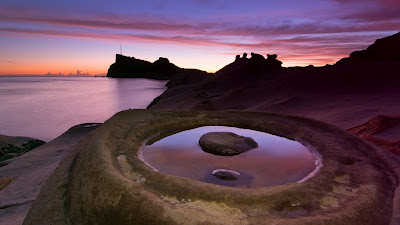 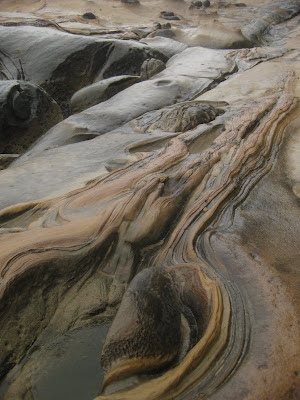 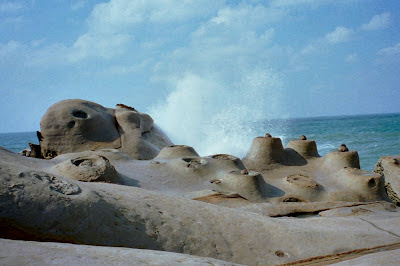 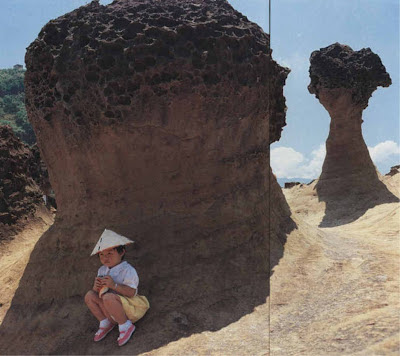 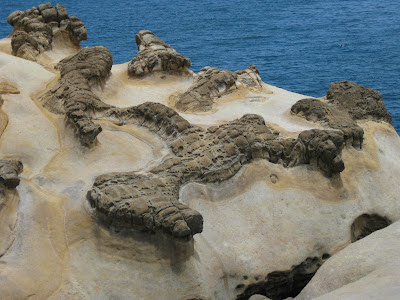 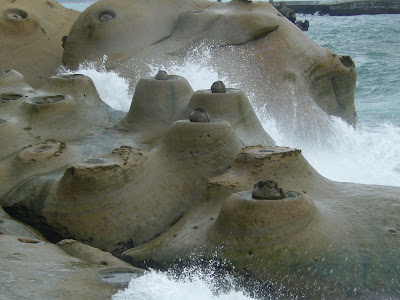 They typically form within sedimentary rock and volcanic rock formations) that dot its surface. These shapes can be viewed at the Yeliu Geopark operated by the North Coast and Guanyinshan National Scenic Area Administration. A number of rock formations have been given imaginative names based on their shapes. The most well-known is the "The Queen's Head", an iconic image in Taiwan and an unofficial emblem for the town of Wanli. Other formations include "The Fairy Shoe", "The Bee Hive", "The Ginger Rocks" and "The Sea Candles." 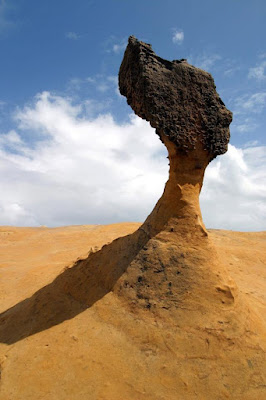